Many people are asking their vets whether dogs can drink milk. This is a question that has been debated for the past several years. Many decades ago, it was perfectly normal to give dogs and cats milk as a regular part of their diets. These days, people are asking more and more questions about the foods they give to their pets, including milk. So, is it okay to give dogs milk? The answer is yes, but there are some things to consider first. 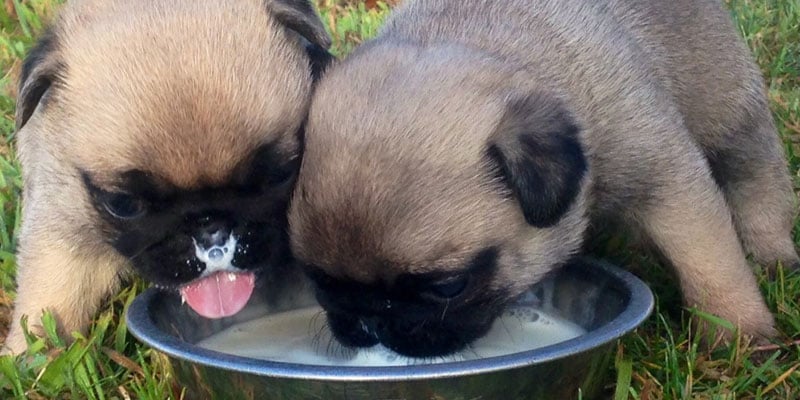 The majority of dogs are lactose intolerant. Drinking milk isn’t necessarily going to kill them, but in many cases, too much milk is not going to be good for them. Being lactose intolerant means that it is more difficult to break down the enzymes in milk. It is difficult for dogs that are lactose intolerant to digest milk, but it doesn’t mean that all dogs can’t have milk, and milk products, in moderation. But, it is never a good idea to give puppies milk. Puppies have very sensitive digestive tracts, and it is not good to introduce this type of food at an early age. Milk is not also good for senior dogs.

It may seem strange to you that puppies shouldn’t have milk, yet they drink the milk from their mothers. There is an enzyme called lactase in milk, which is a sugar. Puppies get plenty of this enzyme from their mother’s milk as it breaks down, so they do not need to have more from the milk you would drink. Once a puppy is weaned from its mother, they begin to produce less lactase, and many tend to become lactose intolerant.

This doesn’t mean that all dogs are lactose intolerant. Some dogs can drink lots of milk, while others can’t drink it at all. Those that cannot tend to experience gastrointestinal issues, and in some cases, the problems can be quite serious.

Can Drinking Milk Lead to Food Allergies in Dogs?

Dogs that are lactose intolerant can eventually end up with food allergies if given milk or milk products, including cheese. If you notice that your dog has red or irritated skin, is scratching a lot, is vomiting or has diarrhea, and you give them milk, it may be a good idea to eliminate milk from the diet. If the symptoms go away, you will know that it was the milk that was the problem.

You can opt to give your dog milk that is lactose-free, but they will be losing out on the other important nutrients that milk provides because milk contains lots of vitamin D, as well as other vitamins, minerals, protein, and calcium that dogs need. So, how can they get these nutrients without drinking milk? Just because many dogs are lactose intolerant to some degree, it doesn’t mean that they can’t have it all together. You just need to make sure that you give it to them in moderation.

While milk is basically a meal in itself, too much is not good for any dog, or any human. But, a little bit of milk in a whole-food diet can benefit your dog. Of course, if you notice any of the above-mentioned signs of an intolerance, you should immediately eliminate milk from your dog’s diet. Some of the beneficial nutrients in milk that dogs do need include vitamins D, K, and E, as well as vitamin B complex.

Give Your Dog Goat’s Milk Instead

You might want to consider giving him goat’s milk instead of cow’s milk. Goat’s milk has many of the same nutrients found in cow’s milk, but it is safer for dogs to drink because it does not contain lactose. One thing that you do need to keep in mind is the source of the goat’s milk. Make sure that it has been pasteurized; if it is raw, it can cause health problems because there is the danger of the milk containing harmful bacteria. If you can’t get pasteurized goat’s milk, you can get rid of the bacteria yourself by bringing it to a boil on the stove. Allow the milk to cool completely before giving it to your dog.

If you are still unsure about whether or not to give your dog milk, talk to your vet and see what they recommend. Like any new food, it is best to introduce milk to your dog in very small amounts. Watch your dog after drinking milk, to see if there are any signs of gastrointestinal distress. If you don’t notice any symptoms, it is perfectly safe for you to include milk in your dog’s regular diet, as long as you don’t give them too much of it. Or, to be on the safe side, give them pasteurized goat’s milk instead for the same benefits and flavor, without any of the risks. 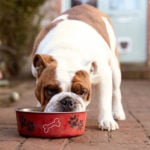