Beets are a healthy and delicious vegetable with many benefits for humans. But you might be wondering if dogs can eat beets as well and, if so, whether beets are good for dogs? While dogs can have beets, they don’t offer the same nutritional benefits for pets.

Beets are safe for dogs, and they don’t have a lot of calories, making them a great treat for overweight dogs. Just be aware that your dog shouldn’t eat pickled or canned beets. Moreover, you may also see beet pulp in many dog foods, which is a great source of fiber and can be good for your dogs. Let’s learn more about the pros and cons of adding beets to your dog’s diet. 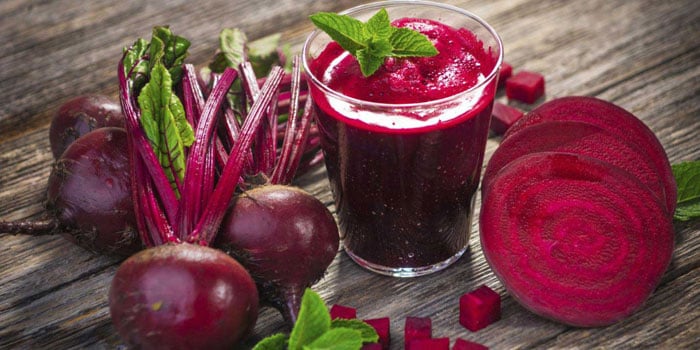 Should I Cook Beets or Give Them Raw?

While many vegetables must be cooked before being given to dogs, beets aren’t one of them. Dogs can eat both cooked and raw beets. It might be better to give cooked beets to smaller dogs because they are easier to chew. If you plan on giving cooked beets to your dog, make sure that they’re steamed or boiled, and that they aren’t cooked with salt or any other seasonings.

Juicing Beets For Your Dogs

Beets contain natural sugar which presents an issue when they’re juiced as it concentrates the level of beets used per serving. A few beets here and there won’t harm your dog. However, it’s best to avoid giving your dog beet juice, as it has a higher concentration of sugar, which can increase blood sugar levels. Just give them a few fresh beets and they’ll be fine.

Other Forms of Beets – Canned and Pickled

It’s best to avoid giving your dog any type of canned food, including beets. Canned beets are highly processed, and they are loaded with salt and other additives or preservatives that aren’t good for dogs.

Pickled beets are delicious and chances are your dog really loves them but they aren’t good for dogs. Yes, beets are loaded with nutrients and they’re safe for dogs, whether they’re raw, baked, or boiled.

However, pickled beets are made in salty brine, and dogs shouldn’t have too much salt in their diets. In fact, salt can lead to a number of serious health problems for your dog, such as pancreatitis (which can be fatal).

Generally, it’s best to stick with fresh, steamed, or boiled beets without any added seasonings or pickling.

Beets might not provide many nutritional benefits for dogs but they aren’t harmful for them either. In addition, they can be filling which can help keep overweight dogs from eating too much. As long as they’re not pickled or seasoned, beets are perfectly safe for dogs to eat. So, feel free to give your dogs some beets the next time she begs for them at the dinner table.