You may be wondering if it’s OK for dogs to have cinnamon. While some experts may say that cinnamon is bad or toxic for dogs, the truth is that foods with cinnamon (e.g. applesauce or cinnamon rolls) are safe for your canine unless a large amount is ingested. Although dogs can eat cinnamon, this doesn’t mean this ingredient is good or healthy for them. In most cases, cinnamon doesn’t hurt dogs and they will only suffer from indigestion, puking, or diarrhea. Learn more about why you shouldn’t give your dog cinnamon treats! 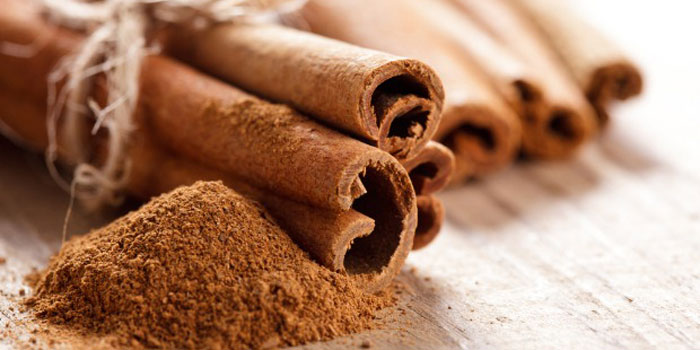 Why Cinnamon Can Be Bad For Dogs

The first thing you need to know about cinnamon is that it won’t hurt your dog. But, there are also no benefits of cinnamon for dogs either. If your dogs happen to get into something that contains cinnamon, it isn’t likely going to be necessary to rush them to the vet’s office. However, you should look for signs that the cinnamon may negatively be affecting them. For instance, if they come into contact with cinnamon oil, it can cause skin irritation. If they swallow it, they can end up with digestive troubles.

The essential oil is not the only thing you need to keep away from your dogs. Should they happen to chew on a cinnamon stick or get into ground cinnamon, they can have similar reactions, including irritation in the mouth.

Powdered cinnamon is also a problem because it can be inhaled. If one of your dogs happens to sniff up some ground cinnamon that has been spilled, it could cause them to cough and choke, and even have trouble breathing. This is because it is an extremely fine powder, and it can get into the nasal cavities, and into the lungs.

According to the Pet Poison Helpline, it can take just a teaspoon of ground cinnamon to cause problems for dogs, and less for smaller dogs. An overdose of cinnamon can cause vomiting, diarrhea, abnormal heart rates, decreased blood sugar levels, and in severe cases, liver disease.

What To Do If Your Dogs Eat Cinnamon

If your dogs end up eating something with cinnamon in it by mistake, chances are that it isn’t going to hurt them very much. But, it is still a good idea to call your veterinarian, as they may be able to offer some tips about how to help relieve any of the negative reactions that can be caused by cinnamon.

If a lot of cinnamon has been consumed, your vet will likely advise that you immediately take the dogs in to be checked, just to be on the safe side.

No, Dogs Should Not Eat Cinnamon

While it is not a good idea to give your dogs treats laced with cinnamon, it isn’t necessary to go into a panic should they end up getting into some by accident. Call your vet as soon as you can, and watch for any of the negative side effects mentioned in this article. If too much cinnamon has been ingested, your vet may advise you to bring the dogs in for an examination right away.