When it comes to sources of protein, dogs can eat most fish. While it’s perfectly safe for dogs to have salmon and other kinds of fish, you might be wondering whether tuna is good for dogs. Generally speaking, tuna is not commonly found in most dog foods and we oftentimes hear negative things about feeding it to your pets. The biggest problem with tuna fish is that it can be very high in toxic heavy metals, specifically mercury, and giving dogs too much tuna can increase their risk of developing a variety of dangerous health issues.

In fact, tuna has one of the highest levels of mercury compared to other types of fish and consuming too much mercury can lead to mercury poisoning. This can cause different health problems and, in some cases, be fatal. For this reason, we don’t recommend fresh or canned tuna for dogs. If you want to treat your puppy, the best fish for dogs to have are the ones found in commercial dog food. Although one serving of tuna here and there is OK, read on to find out why tuna fish is bad for dogs when eaten regularly. 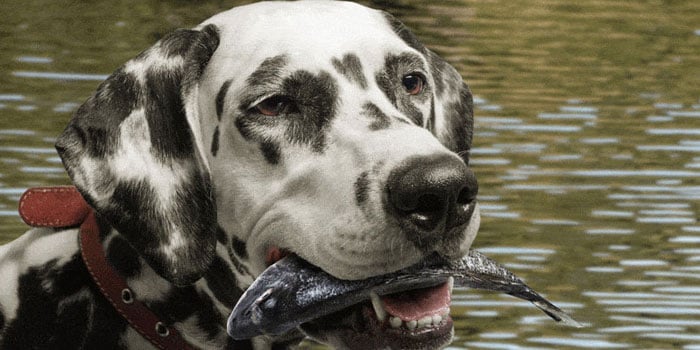 Why Is Tuna Bad For Dogs?

The U.S. Food and Drug Administration recommends that the average human limit his intake of tuna to about 6 ounces per week. Considering that dogs are much smaller than us, it’s advisable that dogs shouldn’t eat any tuna at all, or at most, only very small amounts on a non-regular basis.

If you really want your dogs to have fish in their diets, look for types that don’t contain as much mercury, such as whitefish, salmon, herring, Arctic char, and flounder. And, never give your dogs tuna salad, seeing as how it is loaded with other ingredients, dressings and flavorings that dogs shouldn’t be eating, including mayonnaise and onions.

If you feed your puppy tuna fish multiple times a week and notice any of these issues, take him to the vet immediately. 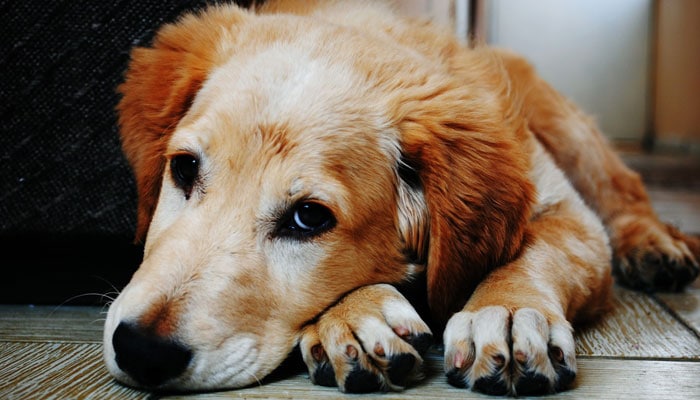 Although canned tuna seems like a convenient option for dogs since it has a longer shelf life and is easy to store, you should be aware that canned tuna may contain certain additives and preservatives that aren’t healthy for them.

If you are planning on giving your dog a bit of canned tuna, make sure that the only two ingredients are tuna and water. Due to its high fat content, you should not give your dogs canned tuna packed in oil.

Strangely, tuna doesn’t seem to be as harmful to cats as it is to dogs. In fact, many cat food manufacturers use tuna as an ingredient in their recipes and formulations. However, you should also remember that cats are susceptible to mercury poisoning as well, so it may be best to look for foods that contain different types of fish, just to be safe.

Similarly, if your dog is stealing your cat’s food on a daily basis, beware that this can be a major problem.

Unfortunately, dogs can’t eat tuna and this food is not a good source of protein. Although it’s safe for dogs to eat a very small amount of tuna every so often, you should avoid developing bad eating habits by not introducing it into their diets altogether. There are plenty of tasty, high-quality wet dog foods that are much healthier for pets and not toxic or dangerous!