The last thing anyone wants is to wake up with strep throat. And although strep throat may cure itself, it’s highly recommended to use antibiotics because you may be at risk for contracting pneumatic fever. In severe cases, you can even develop heart disease or die. The antibiotics, of course, will take a few days to actually begin working on alleviating the symptoms, which involve a very painful sore throat.

Strep throat is also highly contagious and can be passed to anyone you come in contact with, especially family members. But, can dogs get strep throat from humans? Do dogs even have tonsils? After all, canines tend to get many of the same illnesses that humans do, so it only makes sense that they could also catch strep throat.

Below, we will address these questions as well as how strep throat is passed or contracted, whether dogs can carry the virus, and the signs and symptoms of strep in pets. 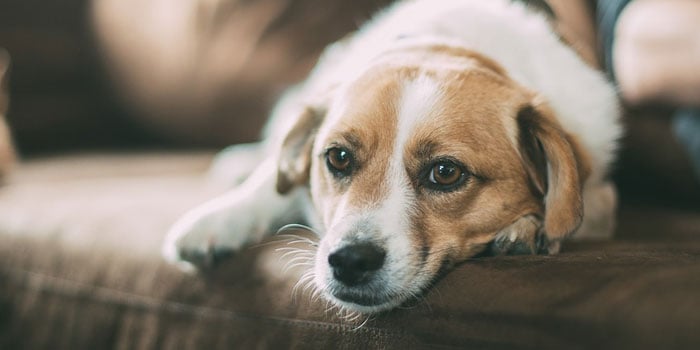 What Is Strep Throat?

Strep, or streptococcus, is a group of bacteria that can be found on human and animal skin. There are various strains which can cause different symptoms and/or health problems if they actually enter the body. If you have strep throat, symptoms can include a sore throat, pneumonia, infections in the joints and skin, and mastitis. If left untreated, strep can be deadly.

Can Dogs Get and Give Strep Throat?

So, is strep throat contagious to dogs? Yes and no. Dogs can catch strep throat from people. Strep is zoonotic, so humans can pass the bacteria along to dogs. However, dogs aren’t likely to get the same kind of illness or infection that humans get.

In dogs, strep often conceals itself in the respiratory tract, and becomes what is known as a transient infection. This means that there are bacteria present but your dog doesn’t experience the same symptoms or develop an infection like we would as humans.

The most likely cause of strep in dogs is if they are contaminated with the bacteria while being treated for an injury by someone who has strep. Strep can get into the open wound and spread to the rest of your dog’s body.

Symptoms of Strep Throat in Dogs

Signs of a serious infection in dogs include coughing, shaking, trembling, and body weakness. Serious infections can also be fatal. Contact your veterinarian immediately if you think that your dog has strep, especially if she is displaying any of these symptoms. It may be nothing, but it’s always better to err on the side of caution when it comes to the health of your pet. 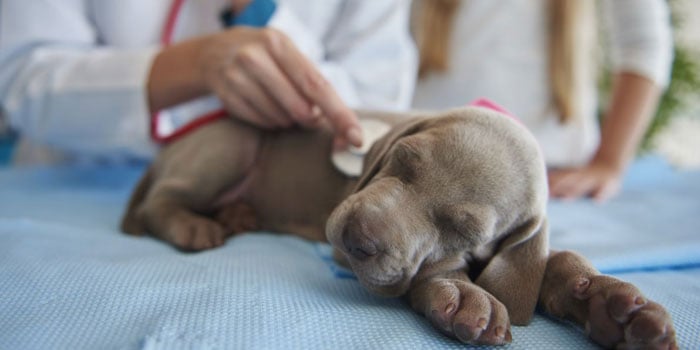 Yes, dogs can carry strep. Therefore, humans can catch strep from dogs, especially from dog bites or contact with open wounds from dogs that are infected. Although dogs don’t tend to get active infections from humans, the same cannot unfortunately be said for the reverse. If humans catch strep from dogs, they will experience the full range of symptoms from a typical strep infection.

In many cases, physicians and veterinarians will advise treating both dogs and humans for strep when infected because it can be passed between the two and onto others. If you have strep and your dog is healthy, you may not need to treat your dog with antibiotics. However, you should discuss this issue with your veterinarian before deciding on the best course of action.

How To Prevent Strep in Dogs

Yes, Dogs Can Get Strep Throat From Humans

In most cases, strep will not cause serious illness in dogs. However, this doesn’t necessarily mean that it can’t, and strep can be spread from dogs to humans. Contact your vet immediately if you think that your dog may have a strep infection.

The sooner the problem is diagnosed, the sooner a course of treatment can be decided on so that your dog can quickly and fully recover. Even if it isn’t strep, you don’t want your dog to feel sick. Your vet can make a proper diagnosis and give your dog the specific treatment that they need.