Is your dog or puppy having trouble sleeping? We don’t tend to think about it, but dogs often have a lot of the same health and psychological issues as humans. For instance, many dogs can suffer from insomnia, or only being able to sleep during the day instead of at night. Other dogs suffer from anxiety, something that you often see in smaller dogs. So what can you give your dog to sleep?

In many cases, we can treat ourselves and our dogs with the same treatments, including such drugs as melatonin. Melatonin for dogs can help calm nervous or anxious puppies, and also help treat older dogs with arthritis. Lastly, melatonin can also be used in treating Cushing’s syndrome in dogs.

Let’s learn more about how your dog can benefit from having melatonin. 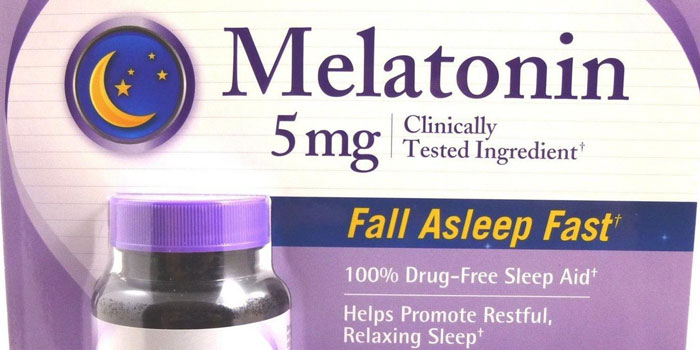 Melatonin is a type of drug known as a neuro-hormone, which occurs naturally in the body. This drug is used by many veterinarians for many things, including as a sedative. It is also often used as an anticonvulsant.

Melatonin also has antioxidant properties, which can help to prevent and treat some diseases. It is available over the counter, so you don’t need to have a prescription to give your dog melatonin. But, it is a good idea to talk to your vet about how much melatonin your dog should have. Some of the things that vets use melatonin for include:

Is Melatonin Safe For Dogs?

One of the reasons why so many vets use melatonin is because it is so safe and there are very few side effects. Of course, just like humans, there may be some dogs that are overly sensitive to it, and cannot take it. There have been some known side effects when melatonin is used in conjunction with certain medications, including sedatives and steroids. Side effects can include lethargy, and even more nervous behavior. These side effects are extremely rare, and unless your vet has concerns, it shouldn’t be a problem to give your dog.

Do not give melatonin to female dogs that are pregnant, just as a safety precaution. Only give medications to a pregnant dog that have been specifically prescribed by your vet, as it can cause issues with her reproductive cycle. Even though it is considered to be completely safe, melatonin for puppies is not a good idea either. Unless your vet has prescribed medication for your puppy, it is best to let him develop naturally before giving him any medications or drugs.

Many people also ask what they can give their dogs to sleep. If your dog has sleep issues, you should talk to your vet about giving them melatonin, as it is well-known to be a relaxant that helps dogs, and humans, fall asleep and stay asleep for longer periods of time.

How Much Melatonin Should I Give My Dog?

It is always best to discuss any treatment you want to give your dog with your vet first. As previously mentioned, in most cases, melatonin is perfectly safe for most dogs. But, your vet may have some recommendations as to the proper dosage. As a general rule of thumb, dosages should be:

This is a drug that can be given regularly to dogs over a long period of time.

As dogs age, they often develop arthritis, which can be extremely painful and cause them to lose sleep. It is not a good idea to give pain relievers to a dog, as they can be very upsetting to their stomachs. Melatonin is a wonderful alternative, because it is so gentle. This is a more natural way to relieve a dog’s pain, without leaving behind the side effects you would see from other medications, such as anti-inflammatory medication. The melatonin will help a dog with arthritis to sleep better, which helps them feel better in the long run.

Yes, Dogs Can Have Melatonin

If you have a dog that is anxious, doesn’t sleep well or has odd sleep cycles, or that is extremely hyper, you might want to see what melatonin can do for them. Melatonin for dogs is a wonderful thing. It is naturally produced by the body, so it is not a chemical formulation. In fact, it is often used as part of many holistic therapies, for both dogs and humans.

But, as we have mentioned previously, it is never a good idea to give your dog any medications without first discussing it with your vet. Chances are they would have recommended it in the first place anyway.