Just like some of us, some dogs can get car sickness. If you like to travel with your dog, or you simply need to take them to the vet, it may be necessary to give them something that will help to prevent motion sickness during the drive, such as Dramamine (dimenhydrinate). This is an over-the-counter medication that is meant for human consumption, but small doses can be used for dogs and cats. It is actually an antihistamine, which is known for treating allergies, but can also be used to help prevent motion sickness.

In dogs, symptoms of carsickness include excessive drooling and/or vomiting when they are traveling by car, boat, or airplane. Today we are going to discuss Dramamine, and how it can be an effective way to treat your dog to prevent carsickness, or at least ease the symptoms. 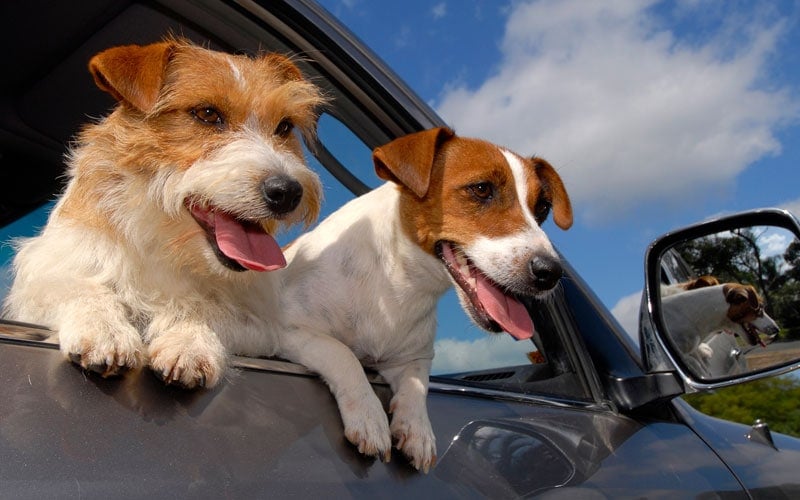 Dramamine, or dimenhydrinate, is an antihistamine that keeps the vestibular system of the brain from becoming over-stimulated. This system can be found inside the inner ear, and it is responsible for sensing motion.

If the vestibular system is overstimulated, the results can be nausea, stumbling, and dizziness in some people and animals, which can be caused by motion. The drug inhibits this stimulation, so the symptoms are lessened or even non-existent. 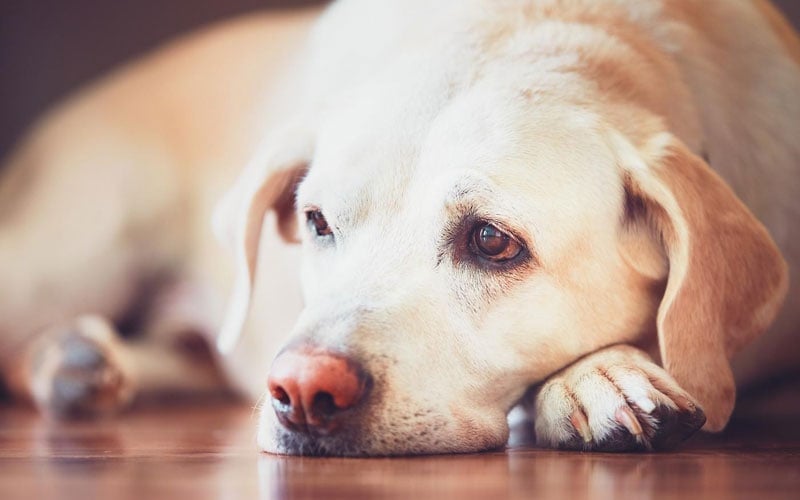 While this drug is meant for humans and is not approved by the Food and Drug Administration for use on animals, it is often prescribed by vets for dogs and cats that experience motion sickness, and is known as an “extra-label” drug in the veterinary world.

You can get this medication from your pharmacist, but if you are using it on your dog, only do so on the advice of your vet, and only give your dog the dosage that your vet recommends.

Can You Give Dogs Dramamine? 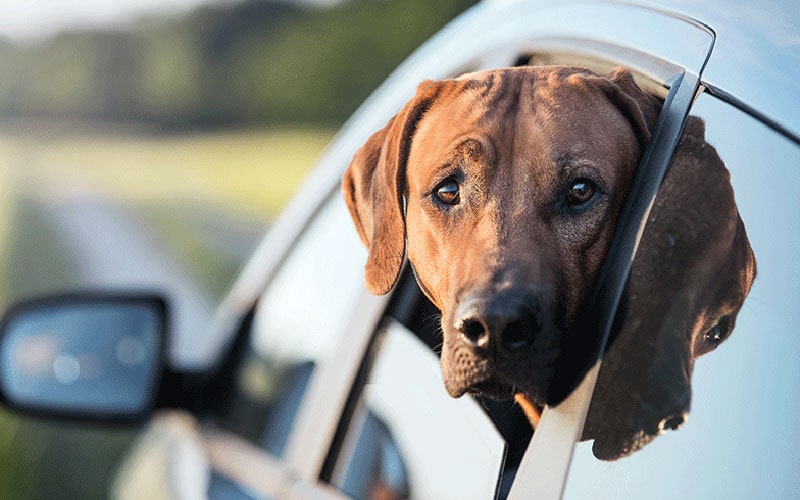 For instance, if your dog is hypersensitive or have allergies to this drug, your vet will recommend a different treatment for the symptoms of motion sickness. Dramamine should be used with caution if your dog has the following conditions:

There is also some interaction between dimenhydrinate and other medications. If your dog receives certain medications, including heparin, sedatives, and tranquilizers, talk to your vet to make sure that it is going to be safe to give Dramamine to your dog. Some adverse side effects can include, but are not limited to:

Dramamine is available in 50mg tablets, as well as in liquid form, in various strengths. You can also get this medication in a 50ml injectable form. The dosage on the package for humans is far too much for your dog. Generally, a dosage for dogs would be 4mg per pound of weight, three times a day.

It is always best to consult with your vet before administering Dramamine to your dog, to make sure that you aren’t going to end up giving them too much of this drug. 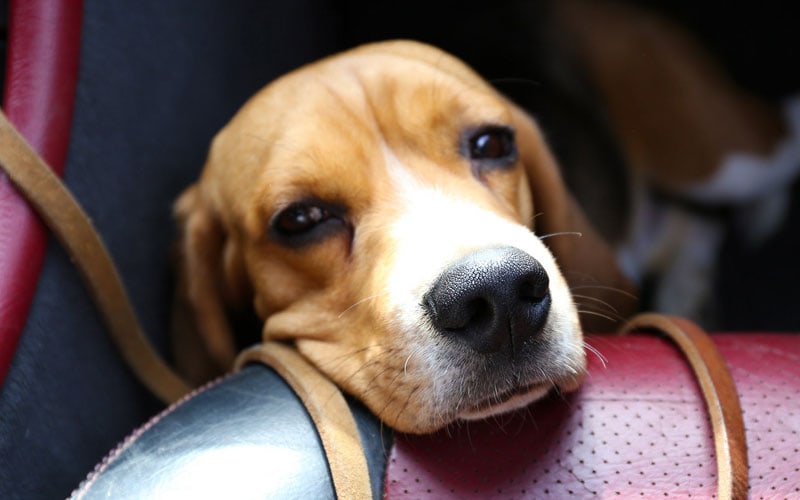 How Much Dramamine Can You Give A Dog?

Generally, this is not a drug that you are going to be giving to your dog on a regular basis. Unless otherwise recommended by your vet (if the dog is being treated for other issues that require this drug), you will likely only be giving this drug to your dog prior to car rides.

How long this medication is given to dogs depends on what the dogs are being treated for. Generally, if it is just for motion sickness, it will only be administered for car rides.

In order to ensure that your dog get the most benefits from this medication, it is best to give it to them a half an hour to an hour prior to a car ride. If you are going to be taking them on long trips, you can give them a dose every eight hours or so, as long as your vet approves. 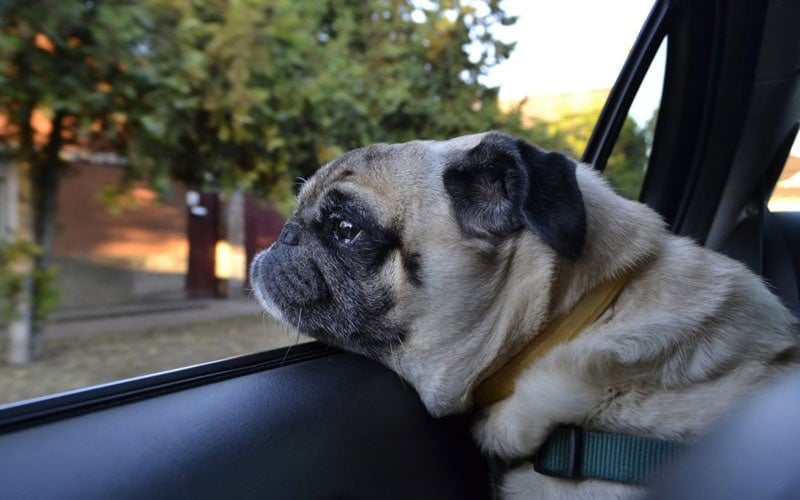 Dramamine For Motion Sickness and Anxiety in Dogs

Dramamine is one of many medications meant for humans that is safe to give to dogs, as long as it is prescribed by your vet first. This is a great way to make sure that you don’t have sick dogs on long car trips. Some dogs can’t handle even the shortest of car rides.

If this is the case with your dog, and you need to take them somewhere, including to the vet, Dramamine may be the best and safest option to alleviate the symptoms of motion sickness.