Ranked behind Labrador Retrievers as the most popular dog in America, German Shepherds are large, muscular dogs with exceptional temperaments. According to AKC, German Shepherds live on average between 7 and 10 years.

Originally bred in Germany in the late 1800’s, German Shepherds were the result of breeding the most intelligent and obedient shepherd dogs. They were used to help herd sheep and protect livestock from potential predators. 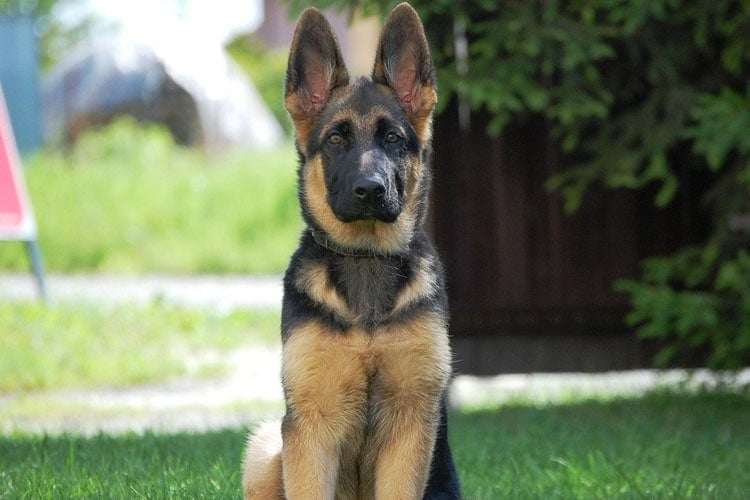 They eventually reached mainstream popularity due to their strong character: courageous, easy-to-train, and loyal. In order to leverage these traits, German Shepherds are often used as police dogs or service animals.

German Shepherds make great companions and are also ideal watch dogs. Their high degree of loyalty and energy makes them great for families with children.

But, how big do German Shepherds get? German Shepherds are larger dogs and can weigh between 50 and 90 pounds (males are larger than females) and typically stand between 22 and 26 inches in height. They are quick learners and eager to please, making them easier to train. 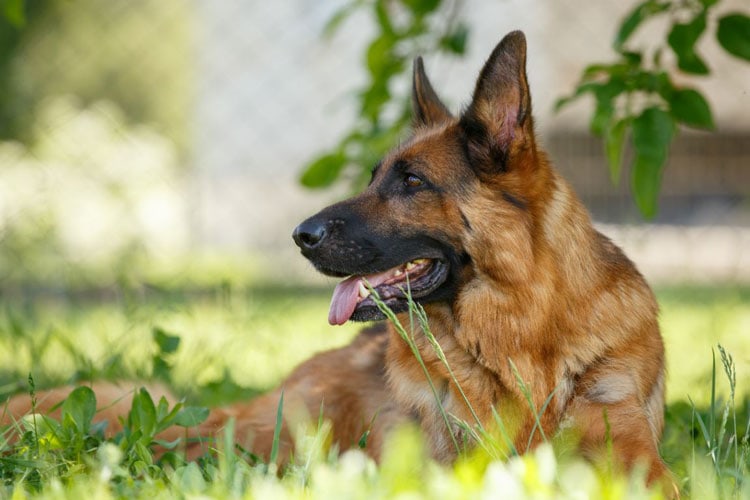 The average lifespan of a German Shepherd ranges from 7-10 years but they can live longer with the appropriate care and nutrition. The oldest recorded German Shepherd lived to be 18 years old!

For the typical German Shepherd puppy, its first year is roughly equal to around 14 years as a human. During their earlier years, dogs mature faster and the average 10-year old dog is already 66 in human years!

Most German Shepherds will stop growing after 18 months but it will take them around 2 years to reach their full weight. 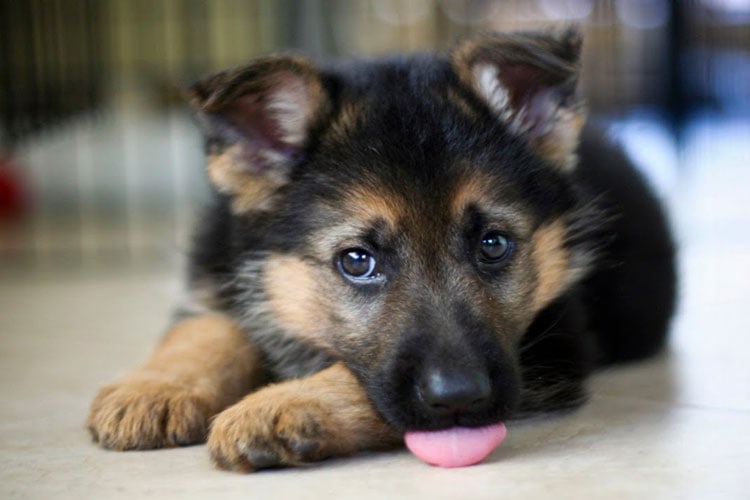 There are many things that can affect the lifespan of any dog. Some of the more common health issues that German Shepherds may face include:

Hip dysplasia is one of the most common health conditions in German Shepherds and involves abnormalities in the dog’s hip joint. Generally, hip dysplasia is hereditary and is passed through a dog’s lineage through its genes.

It is a common condition in large dog breeds and occurs when their hip socket doesn’t fully cover the ball portion of a dog’s leg, resulting in rubbing and grinding rather than sliding together smoothly.

Although hip dysplasia is unlikely to decrease their life spans, it can severely impact their quality of life and even lead to arthritis. 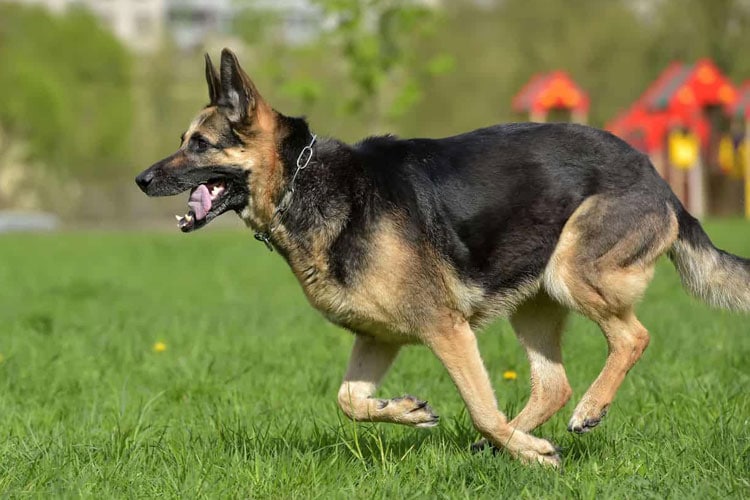 German Shepherds suffering from degenerative myelopathy may experience weakness in their hind legs. Unfortunately, this condition is not curable and cannot be treated.

It is also unlikely to be diagnosed early and starts typically developing in dogs that are seven or older. Degenerative myelopathy can lead to immobility and paralysis, which can shorten a dog’s life significantly. 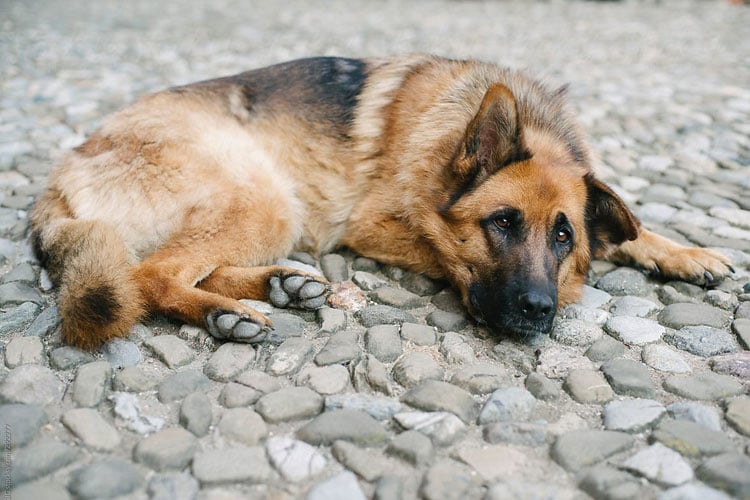 German Shepherds have a lot of energy and require regular exercise in order to keep fit. Without it, they tend to become lazy and can really start to tack on pounds.

A healthy German Shepherd should weigh between 50 and 70 pounds if female and 65-90 pounds if male. If they remain inactive and become overweight, they can become to developing other health problems that can shorten their life spans, including heart issues, diabetes, high blood pressure, and pancreatitis. 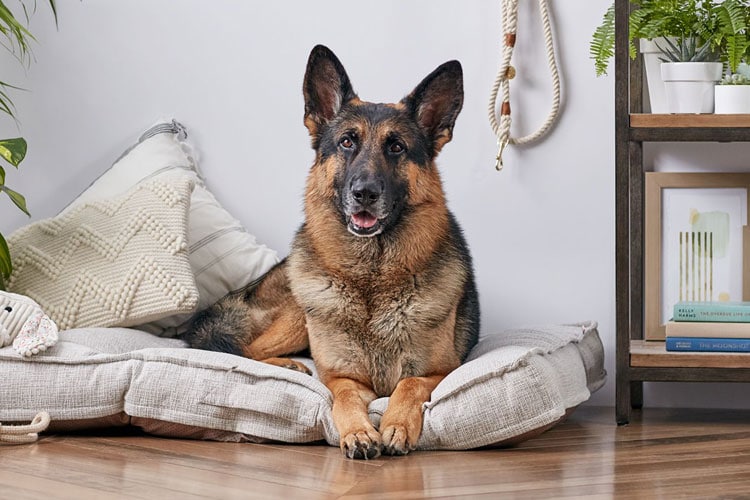 The average German Shepherd should eat around 1,700-2,200 calories per day, and those calories should come from healthy whole foods and high-quality dog food. Also, be sure to have them regularly examined by your vet in order to catch any potential health issues early on they can be treated as necessary!